Today’s Illustrator tutorial is about an Overlapping letter in Adobe Illustrator.

Let’s begin with this easy to draw Overlap letter Tutorial.

Select the Rectangle Tool and draw a rectangle the same as the size of the artboard. Then fill the rectangle with color #000000. 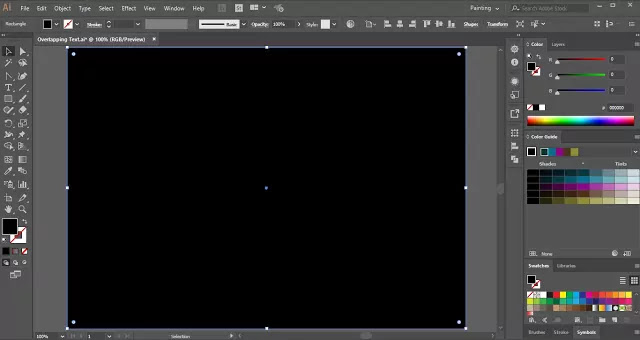 Now select the Type Tool from the Tool Panel and type the text on the artboard. Change the Fill color to #ffffff. 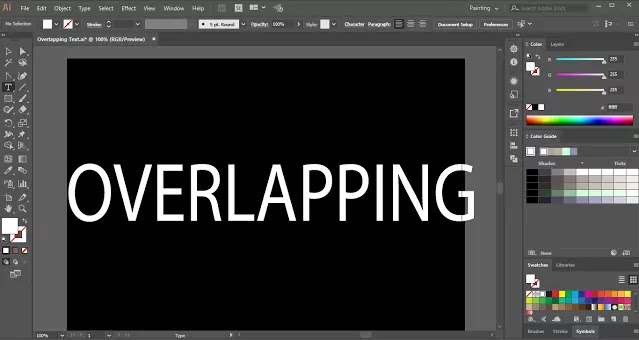 Now we will make the text an editable text. Select the text and press Shift + Ctrl + O to Create Outlines. 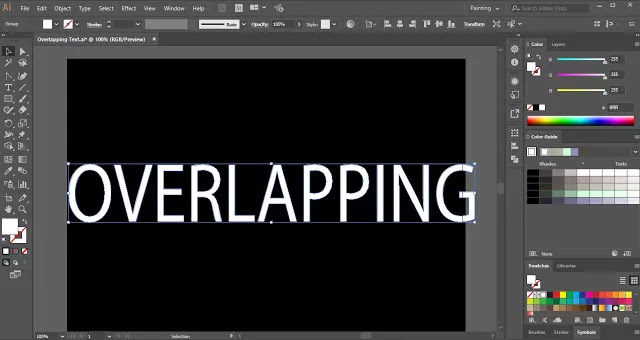 Let the text be selected and press Shift + Ctrl + Gto Ungroup the text.

With the help of the Selection Tool, select the second letter, and drag it to partly cover the first letter. (See the image below) 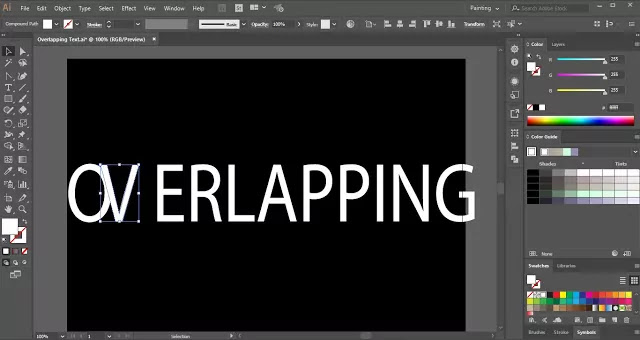 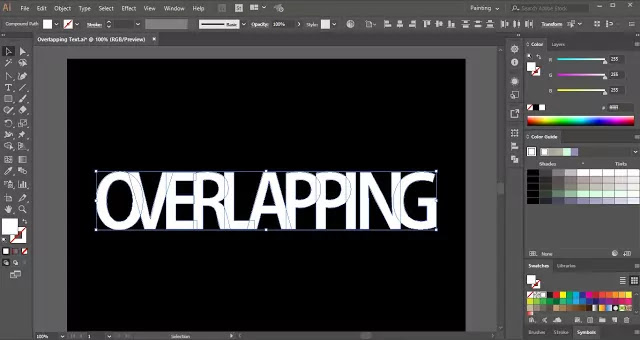 The letters are now overlapped and now in further steps, we will fill color in the letters to create the Overlap effect.

Now select the first letter and fill it with a black and white gradient. 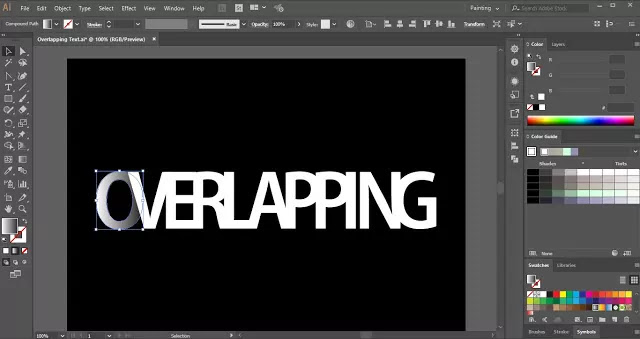 Now double click on the Gradient Tool to open the Gradient Panel. Then select the white gradient slider and change its color to # ed1f24.

Then reduce the Opacity of black color to 50% and set the location of the Gradient Slider to 71%. 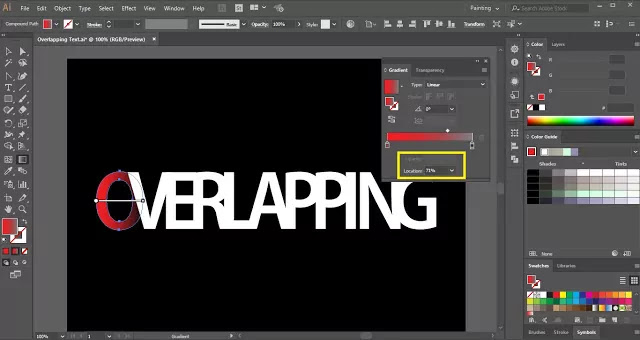 Similarly, fill the other letters also with the same gradient color. 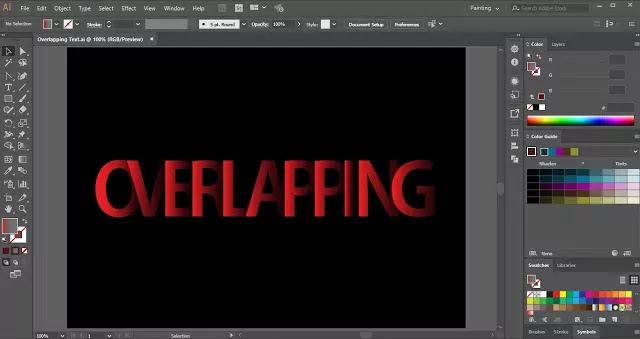 This is how you can create Overlapping Text in Adobe Illustrator.

You may want to learn this too : 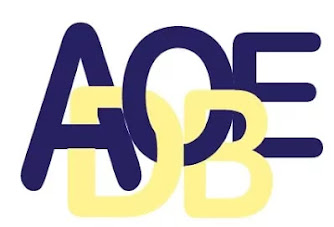