In today’s Adobe Illustrator tutorial, we will create a Negative Space Logobut before that let me first explain to you what is negative space in a logo.

Negative space is the white space in & around the icons and letters. In Negative Space Logo, this white space (blank space) is utilized to create another letter, image, or icon.

Negative space art is popular among such types of logos and we will be creating negative space lettering in this tutorial.

So let’s begin with the logo tutorial by launching Adobe Illustrator and creating a new document.

We will create a Negative Space Logo with a letter H and D in which letter H will be the negative space letter.

Select the Polygon Tool from the Tool Panel and draw a polygon on the artboard. 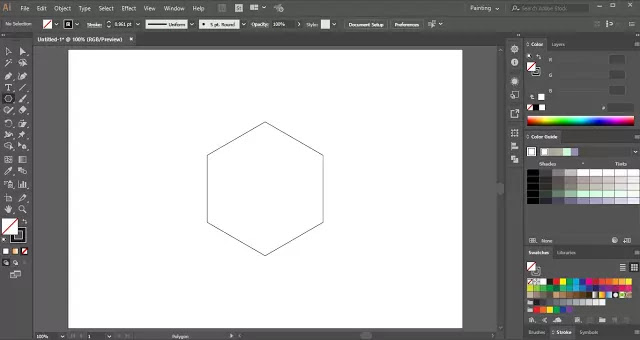 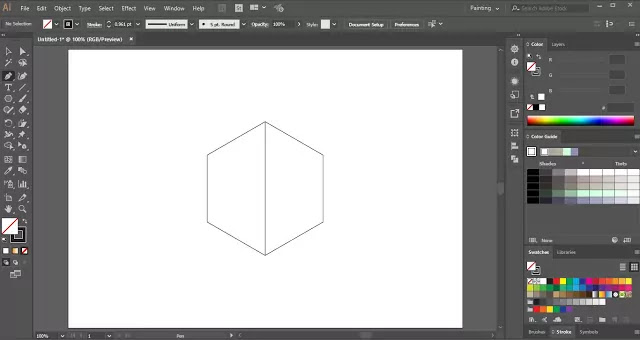 With the help of the Selection Tool, select the polygon and the line. Now go the Pathfinder Panel (Shift + Ctrl + F9) and click on Divide. This will divide the polygon into two equal parts. 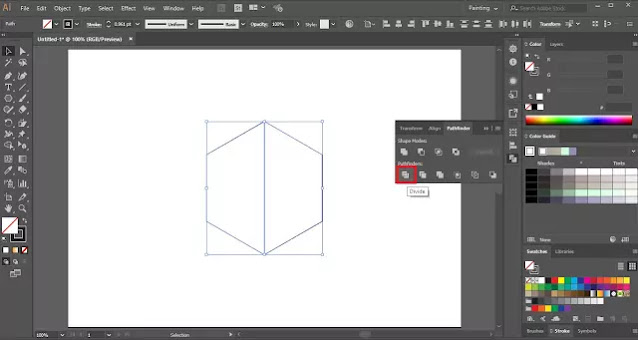 After dividing the polygon into two equal parts, press Shift + Ctrl + G to ungroup the selection.

Now select the second half of the divided polygon shape and fill it with color #f7941d. There is no stroke color in the shape. 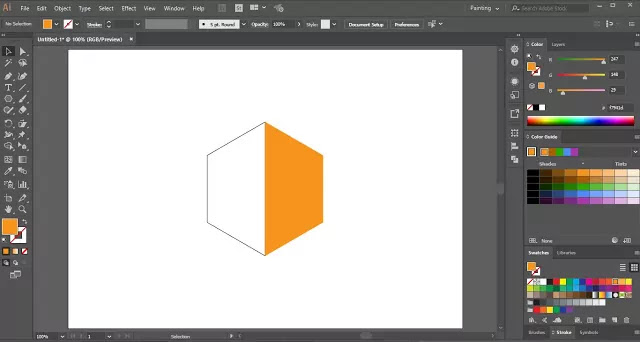 Now we will create the letter D with the help of Offset Path and Pathfinder Panel.

Select the right-side shape and click on Object in the Menu Bar. Then place the cursor on Path and select Offset Path. 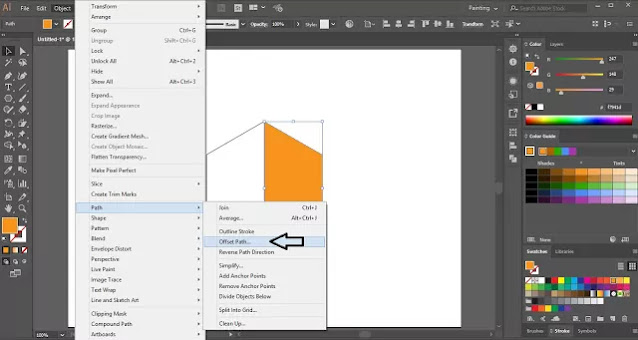 Now create an Offset Path in negative value and click OK. (See the image below) 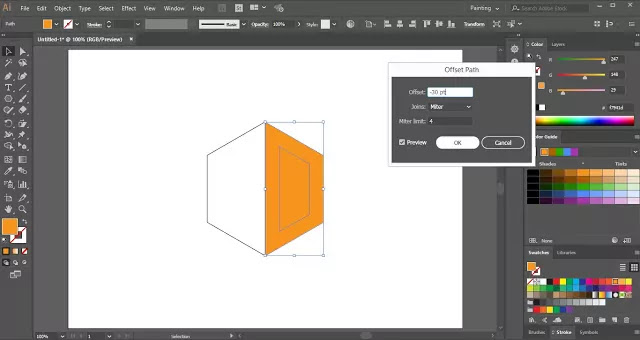 Now select both the shapes, which are on the right-hand side, and select Minus Front in the Pathfinder Panel. 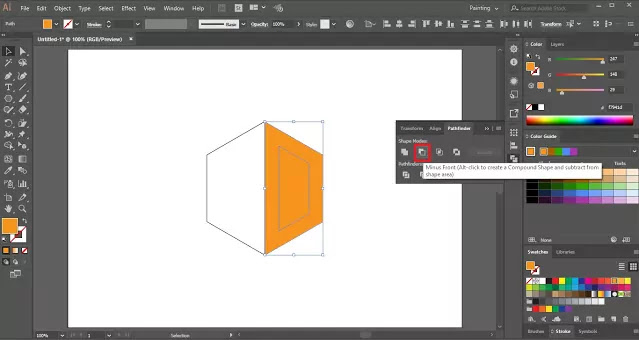 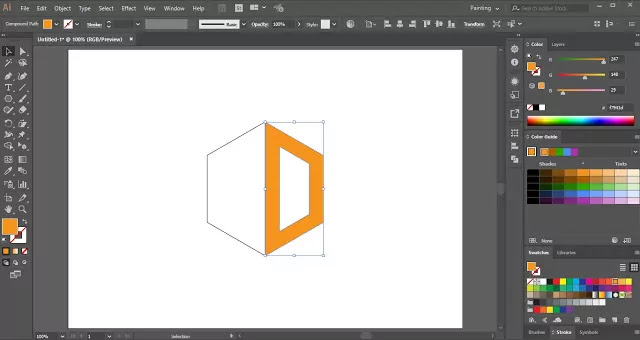 In this step, we will create a negative space letter.

Now select the Type Tool and type the letter H on the artboard. 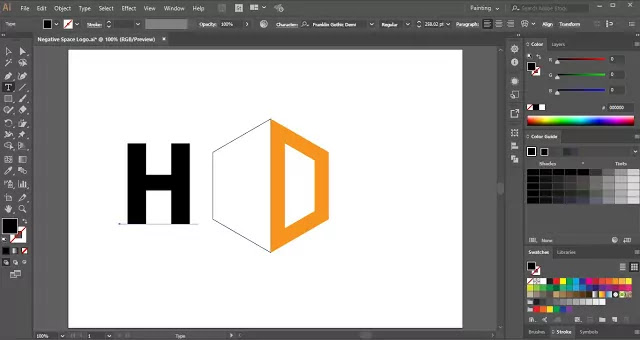 Let the letter be selected and click on Effect in the Menu Bar. Now place the cursor on 3D and select Rotate. 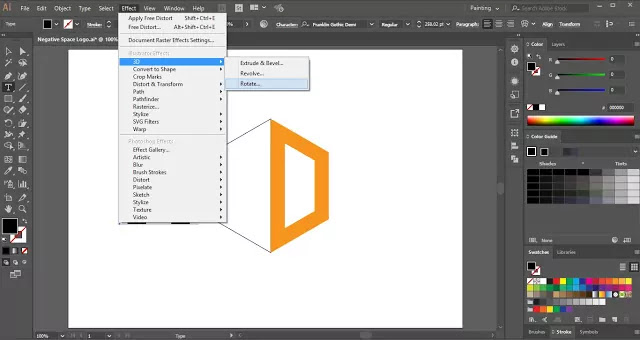 With the help of 3D Rotate Options, we will rotate the letter to the Isometric Right position. Put a checkmark on Preview to view the rotation and then click OK. 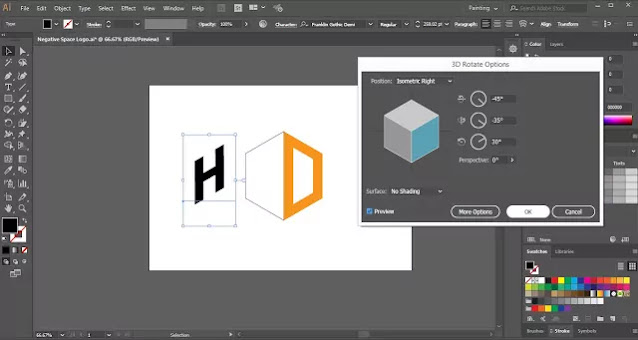 For that, we have to make the letter an editable text. So select the letter and click on Object and then select Expand Appearance. 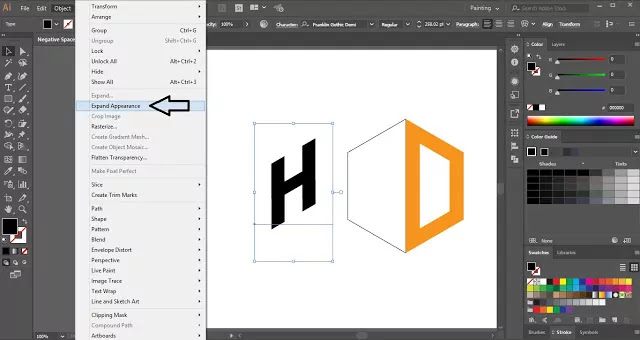 After expanding the appearance, Press Alt + Ctrl + 7 to release the Clipping Mask and then press Shift + Ctrl + Gto ungroup the selection.

Now place the letter inside the shape. 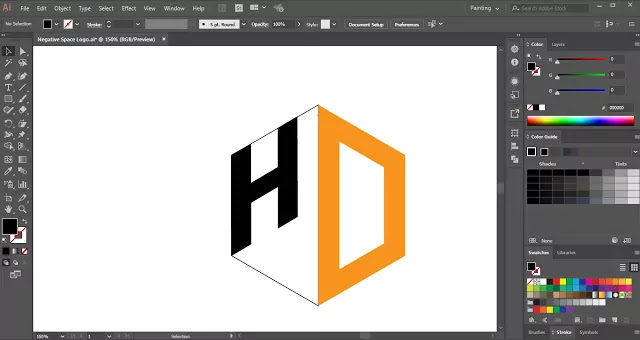 As the letter H is now an editable letter, we will select its anchor points with the help of the Direct Selection Tool and drag them to fit the letter properly inside the shape. 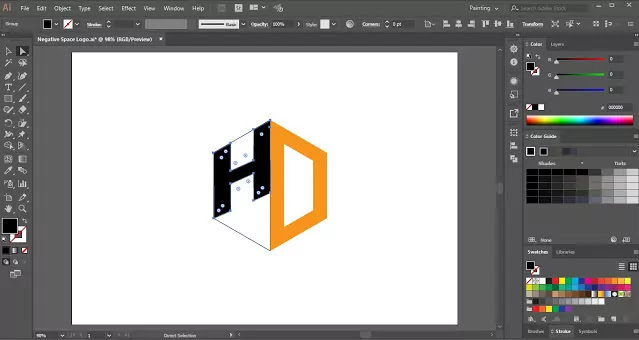 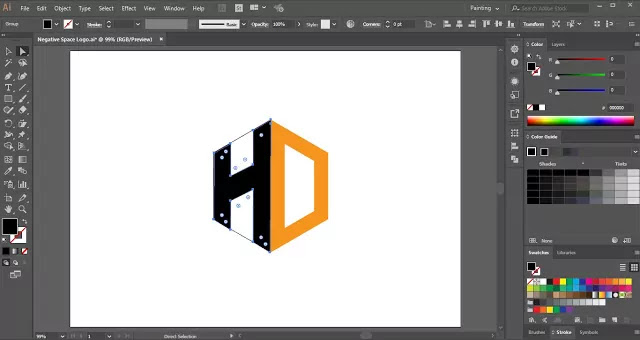 Now we will give a 3D look at the letter H. For that, select the Pen Tool and draw two lines as shown in the below image. 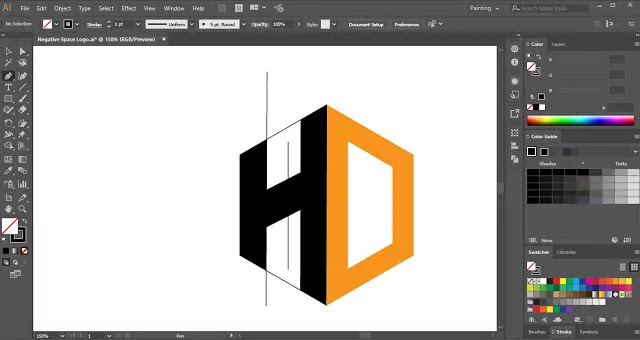 Now select the line, which is smaller in size, and draw a close path connecting the anchor points of the line and intersecting points of the other line. (See the image below) 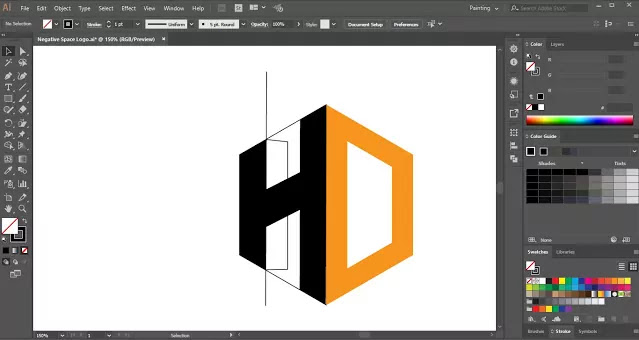 With the help of the Selection Tool select the shapes which are on the left side. 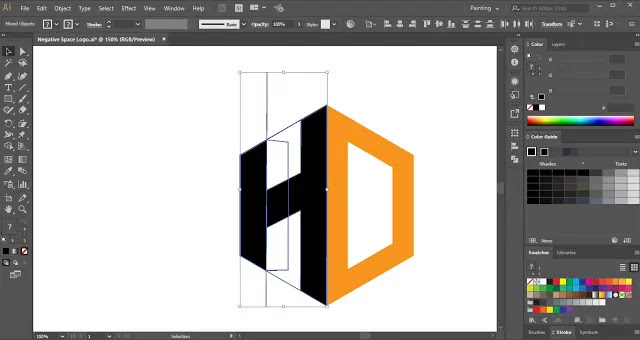 Now select the Shape Builder Tool from the Tool Panel and click on the shape which we had drawn to give a 3D effect to the letter. 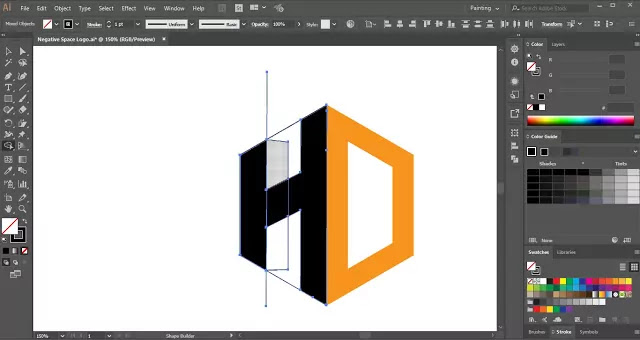 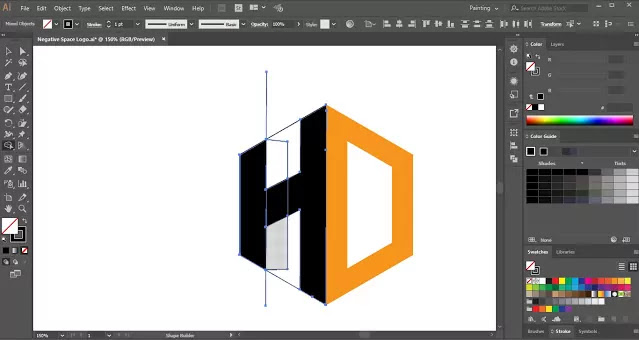 Now fill both the shapes with #f7941d and remove the extra paths and lines. 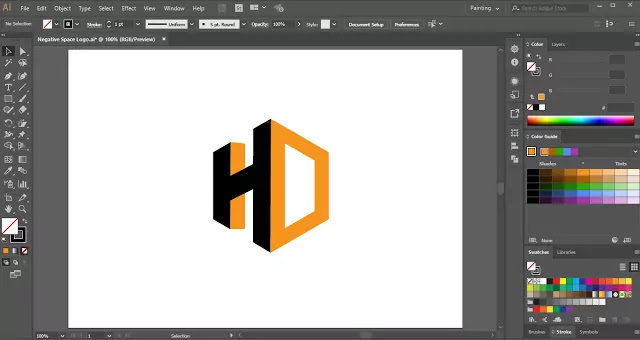 Now you can either remove the letter H or fill it with white color (background color) to create negative space lettering. 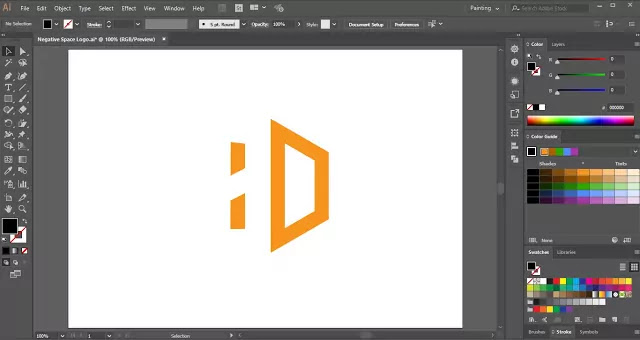 Now add some shadow to the letters and the Negative Space Logo is ready. 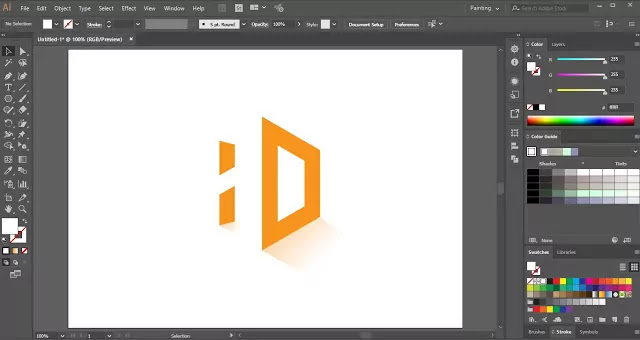 So this is how you can create a Negative Space Logo in Adobe Illustrator.

Practice this illustrator tutorial by following the above mentioned easy to draw steps and share your views in the comment section. Draw a Snowman in Adobe Illustrator